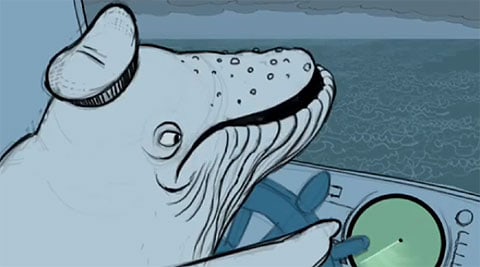 Heath Ledger had been directing a video for indie rock band Modest Mouse's track "King Rat" at the time of his death. It premiered yesterday.

According to NME, "Ledger conceived the video's theme in order to raise awareness of the plight of whales that are hunted down illegally for commercial purposes off the coast of his native Australia. The video remained unfinished at the time of Ledger's death in January 2008, but video company The Masses, in which Ledger had been a partner, has completed it in his honour."

Downloads of the video from iTunes will benefit the Sea Shepard Conservation Society.