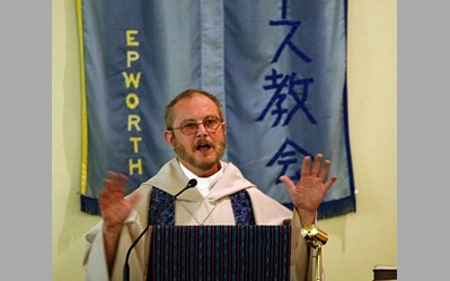 "Just months after telling his own children that he was not their biological father, Weekley, who is in his late-50s, came out to his congregation of 221 members.

Standing behind his pulpit, Weekley began his usual worship service. About halfway through, he paused to share a personal message he called 'My Book Report.'

He told them that in 1984, just nine years after undergoing extensive sex-reassignment surgeries, he was ordained by the Methodist Church without telling anyone of his original gender at birth.

Following his story, the congregation, who had remained silent throughout his talk, broke into thunderous applause. Church members then proclaimed their support for their pastor.' It doesn’t change him; he’s still Reverend David, and that’s what counts,' says congregation member Robbie Tsuboi, who has been attending Epworth since 1964."

Weekley has been married to his wife Deborah for 13 years and has served as a clergyman for 27.