Gay couples stage mock weddings across Australia: "In the largest protest, about 2,000 people, many in bridal veils, marched on the Labour Party's national policy-making conference in Sydney, chanting 'gay, straight, black or white, marriage is a civil right.'

Similar rallies and mock weddings were held in the southern capital of Melbourne and the Queensland city of Brisbane." 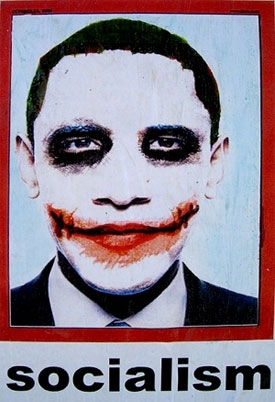 Jessica Simpson wants to know if "asks" is a word.

vUS. Commerce Dept. will report same-sex couples in the 2010 census.

Todd and Sarah Palin to divorce: affairs on both sides. Denials.

James Kirchick: Don't trust Obama on gay marriage. "Even if Obama does in fact believe in marriage equality, he hasn't done
— and is unlikely to do — much to forward the cause. And apart from
some toothless sniping from a handful of gay activists and donors, he
seems to be getting away with it."

Giraffe and goat love one another. 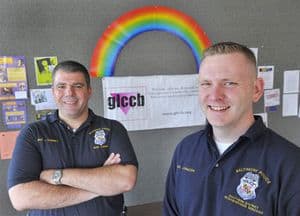 Air Force One flyover: Scenes from inside a PR disaster.

Human Rights Watch urges Burundi to reverse new law making homosexuality illegal: "The government needs to listen to these voices to understand the harm
it is doing to Burundians with its state-sanctioned discrimination. The
government should rescind this law and instead work to promote equality
and understanding."

Madonna shares her spiritual awakening with the world, or at least Israel, where she's to have a concert. 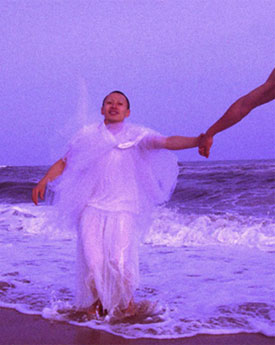 Artist Terence Koh and his partner Garrick Gott "marry" in East Hampton, NY, honeymoon in Tahiti. Koh: I designed the dress myself. It was my mom’s dress, and I just went and
bought $50 of tulle. Then Jen Brill, Stella Schnabel, and Kathy
Grayson—they were the bestest bridesmaids—helped me sew it on last
minute. It felt like a floating snowball."

Pope Benedict to perform on record label founded by gay man:
"The label said listeners would be 'shocked' by his 'incredible voice'.
The album, which features the Pope using five different languages, will
be released on 30 November."

One in ten people highly attractive to mosquitoes: "'People with high concentrations of steroids or cholesterol on their
skin surface attract mosquitoes,' ]professor Jerry] Butler tells WebMD. That doesn't
necessarily mean that mosquitoes prey on people with higher overall
levels of cholesterol, Butler explains. These people simply may be more
efficient at processing cholesterol, the byproducts of which remain on
the skin's surface.
Mosquitoes also target people who produce excess amounts of certain
acids, such as uric acid, explains entomologist John Edman, PhD,
spokesman for the Entomological Society of America. These substances
can trigger mosquitoes' sense of smell, luring them to land on
unsuspecting victims."