You may remember the story of Janice Langbehn, the Seattle woman whose partner Lisa Pond suffered an aneurysm on an R-Family cruise out of Miami in February 2007. Even after a power
of attorney naming Langbehn was sent to Jackson Memorial Hospital, the
hospital refused to allow Langbehn access to Pond, who died about 18 hours after being admitted. Langbehn was finally
allowed to see Pond as a priest delivered last rites. 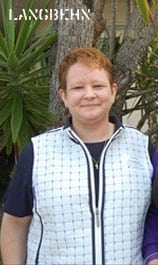 Today, the United States District Court for the Southern District of Florida rejected Lambda Legal's lawsuit (filed in June 2008) on behalf of Langbehn, the Estate of Lisa Pond and their three adopted children.

Via press release: "Today’s ruling comes after the Public Health Trust of the Miami Dade County, the governing body of Jackson Memorial Hospital, filed a motion to dismiss the case. The court ruled that the hospital has neither an obligation to allow their patients’ visitors nor any obligation whatsoever to provide their patients’ families, healthcare surrogates, or visitors with access to patients in their trauma unit. The court has given the Langbehn-Pond family until October 16 to review the ruling and consider all legal options."

Said Beth Littrell, Staff Attorney in Lambda Legal's Southern Regional Office in Atlanta: “The court’s decision paints a tragically stark picture of how vulnerable same-sex couples and their families really are during times of crisis. We hope that because of Janice’s courage to seek justice for her family in this case that more people better understand the costs of antigay discrimination. This should never happen to anyone.”

UPDATE: More from Jan Langbehn on her blog.