Where Did 'We' Go? Thomas Friedman pens a frightening op-ed about assassination and the current political climate in the U.S. "The American political system was, as the saying goes, 'designed by
geniuses so it could be run by idiots.' But a cocktail of political and
technological trends have converged in the last decade that are making
it possible for the idiots of all political stripes to overwhelm and
paralyze the genius of our system." 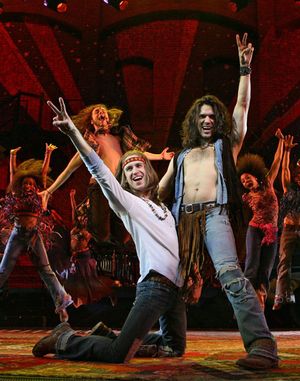 NYT on Hair's decision to go dark and perform at the National Equality March: "That unusual — and expensive — decision to skip a popular weekend performance at the beginning of the theater season originated with the show’s star, Gavin Creel. 'I said, ‘My God, we have to go, we have to go,’' Mr. Creel recalled when he first heard about the rally late last spring."

For Elizabeth Taylor, too much Kathy Ireland is never enough.

NFL players Brendon Ayanbadejo and Scott Fujita speak out for gay rights. Ayanbadejo: "I think we will look back in 10, 20, 30 years and be amazed that gays and lesbians did not have the same rights as every one else. How did this ever happen in the land of the free and the home of the brave? Are we really free?" 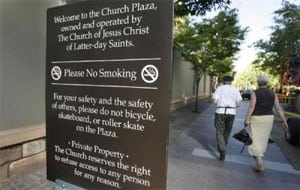 New Barney Frank bio ignores his personal life: "Those of you seeking an in-depth study of a fascinating and very, very funny political creature midcareer should buy it. Cokie Roberts and Nancy Pelosi blurbed it nicely. Anyone looking for full insights into the private man might want to wait."

Archaeologists uncover Roman Emperor Nero's rotating dining room. "The mechanism was a feat of Roman engineering, and moved thanks to the spheres beneath the wooden floor of the room, kept in constant movement by water being forced against them. Quite how this worked is still being researched." 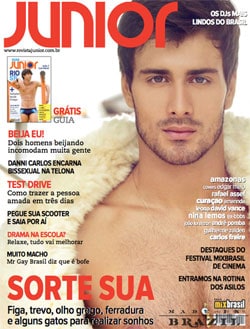 Eddie Cibrian gives fans what they want on CSI.

Gay man's attacker gets 4 1/2 years in the UK: "Andrew Harris, aged 21, launched the violent attack upon a gay man
after agreeing to go home with him following a night out drinking in
Northampton town centre. Despite flirting with his victim and going into his bedroom, Harris suddenly turned violent, shouting 'I'm not gay'."

Frat brothers at George Washington University are trying to take the homophobia out of Greek life: "GW’s fraternity brothers are the nation’s future congressmen,
investment bankers, and CEOs. They won’t reach those positions if their
Google profiles turn up associations with homophobic and misogynistic
fraternities. So GW’s frat boys—and don’t call them that!—are straining
to undo the legacy of 'aggressive heterosexuality' and gay-bashing
forged by their predecessors. It’s an effort that involves a good deal
of re-education, some new alliances, and a compensatory vice or two."