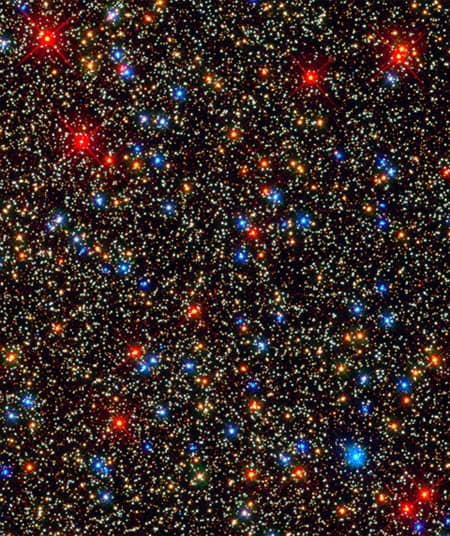 NASA has released four images shot with the new Wide Field Camera 3 (WFC3), installed aboard Hubble in May 2009, during Servicing Mission 4.

Here's some of their explanation regarding the image above:

"NASA's Hubble Space Telescope snapped this panoramic view of acolorful assortment of 100,000 stars residing in the crowded core of agiant star cluster. The image reveals a small region inside the massive globular clusterOmega Centauri, which boasts nearly 10 million stars. Globularclusters, ancient swarms of stars united by gravity, are thehomesteaders of our Milky Way galaxy. The stars in Omega Centauri arebetween 10 billion and 12 billion years old. The cluster lies about16,000 light-years from Earth…All of the stars in the image are cozy neighbors. The average distancebetween any two stars in the cluster's crowded core is only about athird of a light-year, roughly 13 times closer than our Sun's neareststellar neighbor, Alpha Centauri. Although the stars are closetogether, WFC3's sharpness can resolve each of them as individualstars. If anyone lived in this globular cluster, they would behold astar-saturated sky that is roughly 100 times brighter than Earth's sky."

Three more shots and a press conference about the images, AFTER THE JUMP… 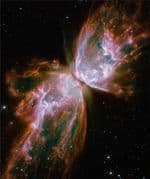 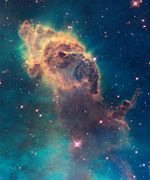 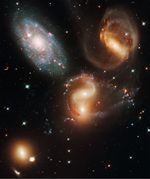 Previous Post: « Uruguay Makes it Official: Adoption by Gays and Lesbians Approved
Next Post: Gerard Butler Has a Laugh Clenching Donuts Between His Ass Cheeks »