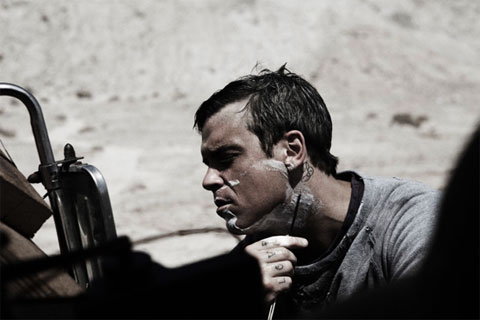 Robbie Williams has slimmed down for a return to the music scene:

"Bodies, the first single from upcoming album Reality Killed The Video Star, will receive its chart release next month and sees Robbie return to his pop roots.Veteran music producer Trevor Horn (responsible for production on Pet Shop Boys and Simple Minds albums) has lent his expertise to the new sound which reportedly has more than a hint of Robbie’s northern roots, with a notable influence from Ian Brown."

A still from the new single "Bodies", above, in which he's striking a Robert Mitchum pose with the finger tattoos. The cover, AFTER THE JUMP… 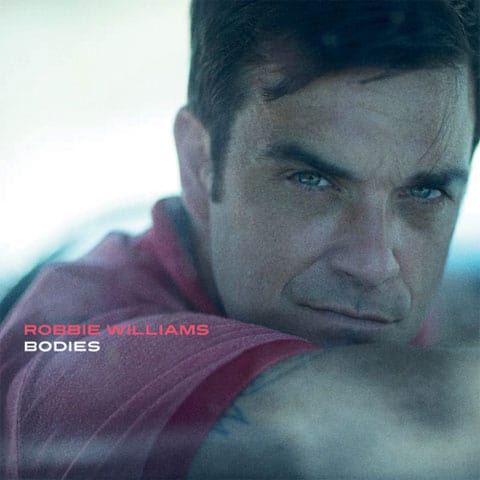