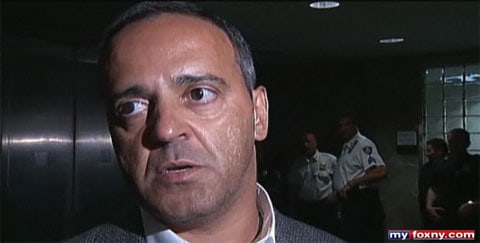 Daniel Rodriguez, Sr., a former corrections officer and the father of one of the suspects in the savage anti-gay beating last Friday of 49-year-old Jack Price in Queens, spoke to Fox news, begging for mercy for his son:

"I caused him the harm. The minute I stopped being a father to my son, I hurt him. And for those who have already judged my son, I say, show mercy…I'm sorry. I want to say sorry to Mr. Price and his family. [My son] doesn't hate. We didn't bring him up that way. To hate others, you know?"

The younger Rodriguez and the other attack Daniel Aleman face 15 years if convicted of assault as a hate crime.

Previous Post: « Baby Survives Getting Run Over By a Train
Next Post: Anti-Gay ‘Traditional Marriage’ Advocates in Maine Want All Children Watching Their New Ad to Know About Gay Sex »