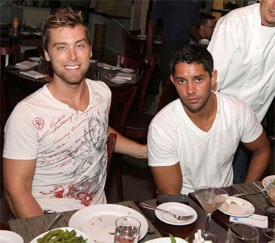 Lance Bass and his latest guy.

Scholastic backtracks on gay-themed book Luv Ya Bunches, says it will carry the book in its book fairs.

Two gay candidates vie for spot in Illinois General Assembly, and nobody's talking about their sexuality.

Scientology spokesperson Tommy Davis speaks out about Paul Haggis defection: "In his first extensive interview since the resignation, Davis says
Haggis’ letter is based on a series of misunderstandings. The church’s
San Diego branch was erroneously named as backing Prop 8, he says. And
he argues that his comments on CNN about disconnection have been
mischaracterized. He declines to say whether, in light of his
explanations, he believes Haggis might become reconciled to the church."

Morrissey returns to the stage. 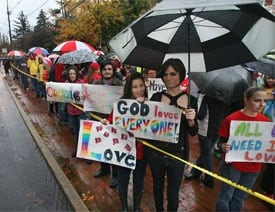 Crowd of more than 1,000 turns out in New Brunswick, New Jersey to counter-protest six members of the Westboro Baptist Church 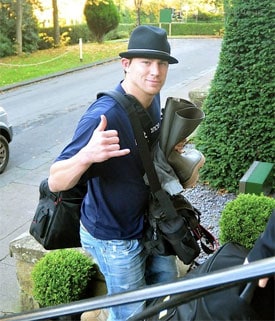 Someone poured scalding water into Channing Tatum's wetsuit on the set of his latest film, but he's ok.

Fort Worth police appoint LGBT liaison: "[Sarah] Straten, who serves as the liaison in addition to
her full-time job as a neighborhood police officer in the far north
part of town, hopes the position will become an official, full-time
one. She’s made it clear that she wants the job."

Alan Ball offers some spoilers for the upcoming season of True Blood.

Judge Tena Callahan talks about the courage she needed to summon in order to declare Texas' ban on same-sex marriage unconstitutional and proceed with a gay divorce case: “I was sitting at my dining room table and I was thinking, I’ve got to
make this decision, I’ve got to rip this Band-Aid off and I’ve got to
make this decision. My dad always used to tell me that a billion people can believe in a
bad idea, and it’s still a bad idea. And that man taught me to have the
courage of my convictions and to do what’s right — it’s always the right time to do the right thing. And as I’m sitting
there and all this is going through my head, I’m looking at the back of
this bag, and I went, ‘Oh my God, I just got my answer.’"