Human Rights Campaign President Joe Solmonese sent out a bizarre email blast last night, on the eve of National Equality March weekend, that seems to suggest that LGBT folks should cut Obama some slack till the end of his second term to pass judgment on the promises he has or hasn't carried out.

Folks around the blogosphere are scratching their heads. 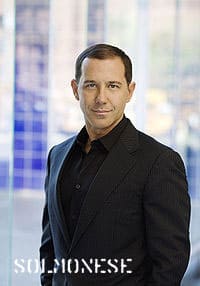 But what has he [Obama] done?

I've written that we have actually covered a good deal of ground so far. But I'm not going to trot out those advances right now because I have something more relevant to say: It's not January 19, 2017.

Read the entire email blast, AFTER THE JUMP…

Whatever its meaning, as a forecast of what Obama might say tonight at the group's annual dinner, it isn't encouraging. I've heard that what's coming tonight from Obama is an announcement of a push to repeal "Don't Ask, Don't Tell" in 2010, some recognition of David Huebner, the new gay ambassador to New Zealand and Samoa, and some words against Question 1 in Maine. That's completely unverified, but it's what I'm hearing. I hope there's more.

Previous Post: « Movies: Get Yourself ‘An Education’
Next Post: David Mixner at the National Equality March: If We Don’t Hear Something New from Obama it Will Be a Disaster »