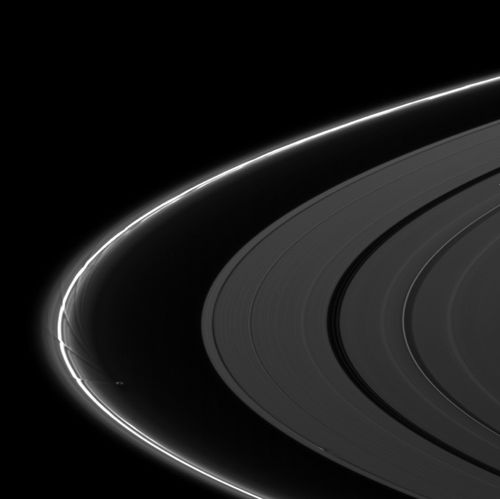 A fantastic new shot of Saturn shows how its moons reshape the planet's rings:

"The narrow outer band in this photograph, known as the F ring (Saturn's
main rings are named A to G in the order they were discovered),
features channels carved into the ring by Prometheus, the oblong moon
visible just inside the F ring. These so-called streamers are formed
when the elliptical orbit of Prometheus brings the moon into the F
ring. The gravity of the moon pulls material out of the ring, carving
out a new streamer on each 15-hour orbit."