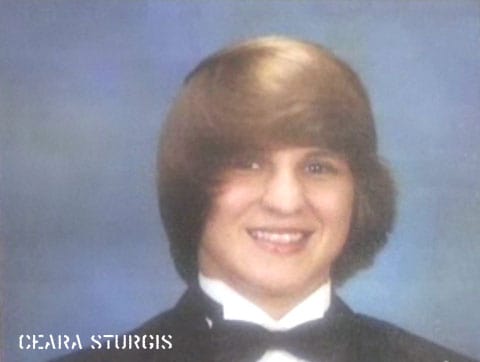 Wesson Attendance Center, a K-12 school located south of Jackson, Mississippi, is refusing to allow out lesbian Ceara Sturgis to publish a photo in the yearbook in which she is wearing a tuxedo.

The AP's Shelia Byrd reports: "Traditionally, female students dress in drapes and males wear tuxedos. Now,
the American Civil Liberties Union of Mississippi has gotten involved,
issuing a demand letter to Principal Ronald Greer to publish the
picture of Sturgis in the tuxedo. The ACLU says it's giving the school
until Oct. 23 to respond before pursuing court action, said Kristy L.
Bennett, the ACLU's legal director. A secretary for Greer
referred questions to Copiah County Schools Superintendent Rickey
Clopton, who declined to comment on Thursday. Sturgis said she should get to decide how she looks in the senior photo."

Said Sturgis: "I feel like I'm not important, that the school is dismissing who I am
as a gay student and that they don't even care about me. All I want is
to be able to be me, and to be included in the yearbook."