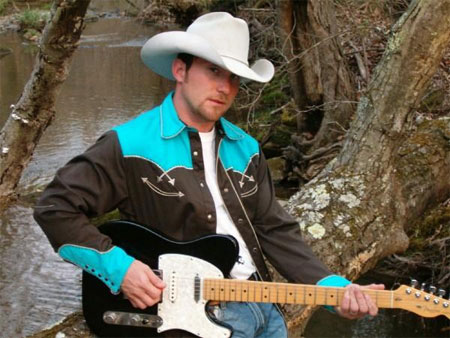 Local country singer Matt Boswell and his Hillbilly Blues Band have been banned from city performances in Reidsville, NC after injecting a Merle Haggard song with his own homophobic lyrics while performing at the city's Fall Festival.

Boswell's lyrics? "Well you’ll never take my guns, and I’ll pray anywhere that Iplease / My daddy always told me, if you were able, and didn’t work thenyou don’t eat / All you Wall Street bankers, as far as I’m concerned,you can all go to Hell / And you can’t get married, you stupid gays andqueers, so why don’t you go somewhere else?”

Watch the performance, which I've clipped to the inappropriate segment, AFTER THE JUMP…

Previous Post: « Was Torontonian Chris Skinner Murdered Because He Was Gay?
Next Post: Naked British Hunk is Official Spokesman for Turning Back Time »