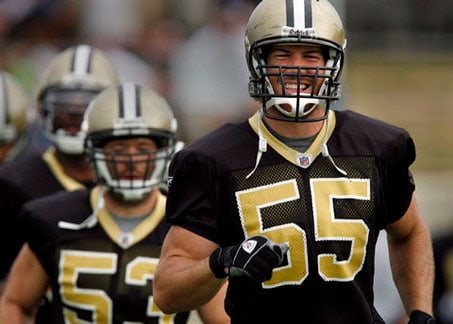 New Orleans Saints linebacker Scott Fujita talks about why he is endorsing the National Equality March and why he supports gay rights in an interview with Dave Zirin in the Huffington Post: 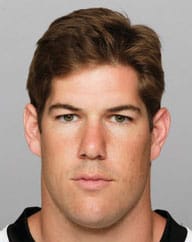 "By and large in this country the issue of gay rights and equality should
be past the point of debate. Really, there should be no debate anymore.
For me, in my small platform as a professional football player, I
understand that my time in the spotlight is probably limited. The more
times you have to lend your name to a cause you believe in, you should
do that…A year ago or two years ago, I remember reading about an initiative
that was proposed in the state of Arkansas. It was some kind of measure
that was aimed at preventing adoptions by single parents. Now, the way
I read that and the way that I translated that language was that only
heterosexual, married couples could adopt children. As an adopted child
that really bothered me. I asked myself, what that is really saying is
that the concern with one's sexual orientation or one's sexual
preference outweighs what's really important, and that's finding safe
homes for children, for our children. It's also saying that we'd rather
have kids bounce around from foster home to foster home throughout the
course of their childhood, than end up in a permanent home, where the
parent, whether that person's single or not, gay or straight. Either
way, it doesn't matter. It's a home that's going to be provided for a
kid who desperately needs a home. As an adopted child, that measure
really bothered me. It just boggles my mind because good, loving homes
for any child are the most important thing."

Fujita, who is straight, married, and has kids, also discusses homophobia in the locker room and whether or not his views on gay rights make him a target for mockery among teammates.

Adds Fujita: "I have no concern about that whatsoever. I know who I am. My wife knows
who I am. I don't care one way or the other Dave. I imagine that when
some of this gets out guys in the locker room might give me a hard
time, and they always give me a hard time. They call me the Pinko
Communist Fag from Berkeley. I'm used to it. I can take it all."