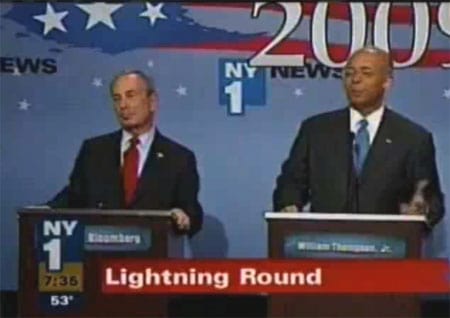 Gay rights came up once (in a 'lightning round') during tonight's mayoral debate between NYC Mayor Michael Bloomberg and his Democratic opponent, Comptroller William Thompson (who was recently endorsed by Obama).