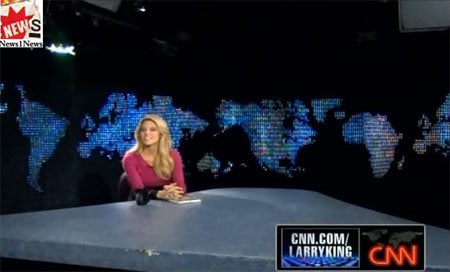 After Larry King asked her why she settled her lawsuit, Carrie Prejean removed her microphone and sat in the studio in silence, talking to someone offstage.

"I think you are being extremely inappropriate right now and I'm about to leave your show."