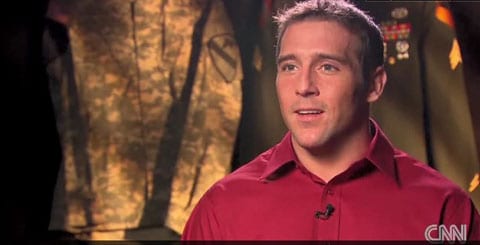 Darren Manzella talks about his tours of Iraq, coming out, and 'Don't Ask, Don't Tell' in this new video interview from CNN.

Says Manzella: "After returning from my first deployment in Iraq, after seeing deathand violence, losing friends and comrades, it really made me look overmy life…I looked at some issues I had always had troublewith. I had debated, 'Am I gay?'"

You may remember Manzella's interview with 60 Minutes, after which he was discharged under DADT.