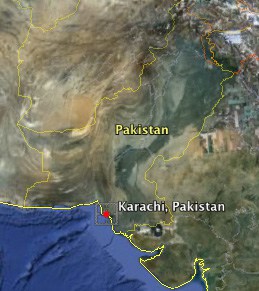 A disturbing story from Karachi, Pakistan – 60-year-old Mohammad Hashim Jhokio was beaten to death by an angry mob after they burst in to his home and allegedly caught him with another man:

"The deceased was a watchman by profession and had been married for the last 25-30 years without any children.

Police officials further said that the deceased was living separately in the village and was abhorred by his fellow villagers for being a homosexual.

They said a group of angry people raided his house where he was indulged in an obscene activity with a man and killed him on the spot by hitting him with clubs and rods.

Police officials said that apparently it was a case of ‘vigilante justice’ as people were enraged over the sexual behaviour of the deceased Jhokio. However, there were no details available about the other person who was present with the deceased when he was beaten to death."