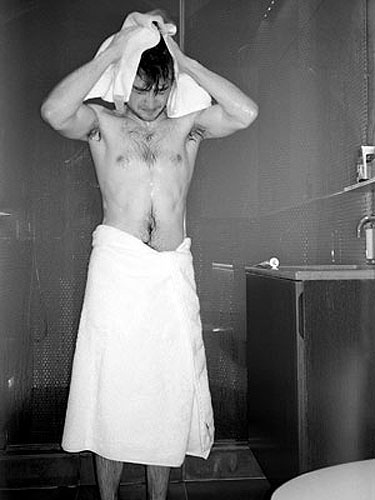 EW reports: "In his photo-driven book, One Day in the Life of Daniel Radcliffe, Hailand features photos of the Harry Potter star rehearsing for his stint in the Broadway show Equus, eating his breakfast, and…stepping out of the shower. 'There are a lot of young girls that want to get close to Dan,' Hailand says, 'and this is a way to get close to him.'

Hailand, who is donating a portion of the book’s profits to Broadway Cares/Equity Fights Aids, also enjoyed snapping pics of the star without his famous wizard garb. 'You mostly see pictures of Dan as Harry Potter or in paparazzi photos,' he says."