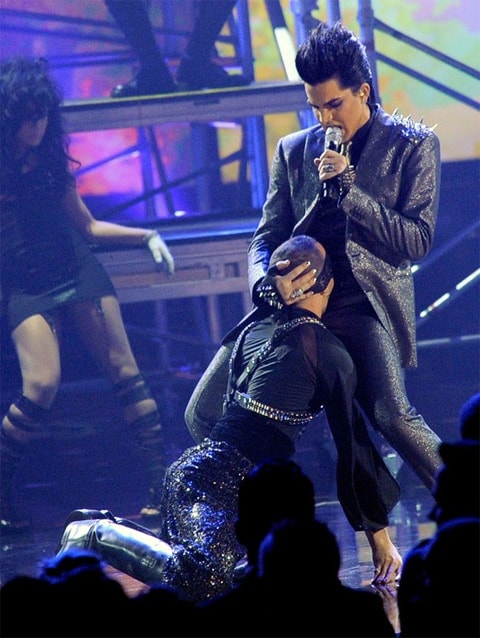 Lambert told CNN the man-on-man kiss happened "in the moment".

Said Lambert: "Partof what I love about being a live performer is that sometimes you justare in the moment and sometimes things just happen…Adrenaline is a crazy, crazy, crazy feeling. Some of the things I lovemost about performing is when you're up there and all of the sudden youjust have these feelings, this rush that comes over you…I do feel like there's a bit of a double standard in theentertainment community, on television, on radio. I feel like women performers have been pushing theenvelope, especially, for the past 20 years. And all of the sudden amale does it and everybody goes 'Oh, we can't show that on TV.' For me,that's a form of discrimination and a double standard. And that's toobad."

Watch the performance and CNN interview, AFTER THE JUMP… 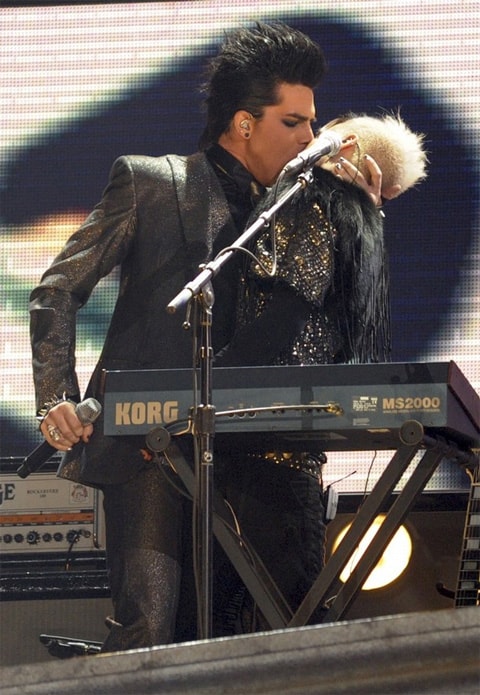