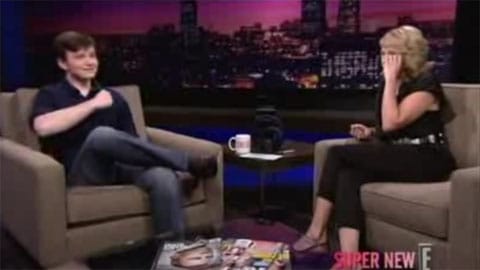 Chelsea Handler interviewed Glee's Chris Colfer on Chelsea Lately last night and after discussing their weak bladders she went straight for his sexuality.

Said Colfer: "You know what my answer to that question was prior to coming out  — was that I was straight as every other actor in Hollywood."

Answered Handler. "I don't know who you're referring to. I've never seen Valkyrie."