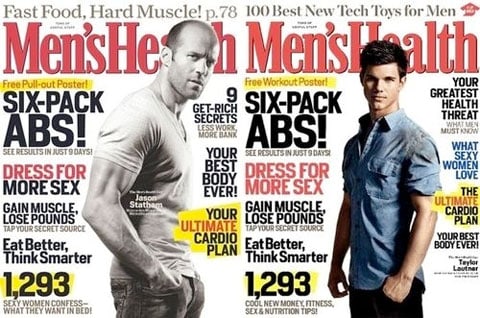 It's been obvious for a while that these fitness magazines just recycled the same article themes over and over, but Men's Health was just caught recycling the cover lines and layout for its cover.

The magazine's editor Dave Zinczenko claims it was intentional: "It was only newsstand copies, it was not inadvertent, and it was part
of overall branding strategies that we wouldn't share for magazines,
books, international editions, mobile applications or anything else."

It's no wonder that print media is dying.