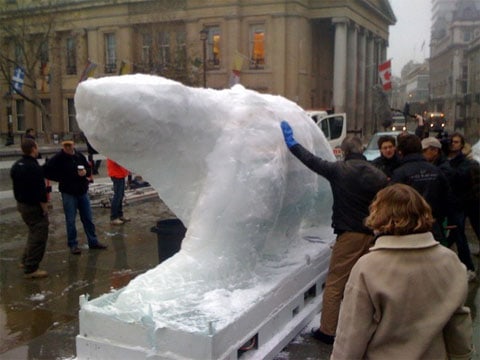 Sculptor Mark Coreth recently carved one of his Ice Bears in Copenhagen (below) to draw attention to climate change. As the sculptures melt, they reveal the skeleton of the bears.

Said Stephen Fry of the project: “Polar bears and their habitat should be meltingly beautiful, not melting away. A forlorn bear on a shrinking iceberg may seem like an exaggeration of a complex problem but actually it stands as a symbol of how habitats are shrinking the world over and none more urgently than the beautiful and fragile arctic. Join me in supporting the Ice Bear Project and helping raise the temperature of the debate”

Today, Coreth sculpted one of the bears in London’s Trafalgar Square. You can watch a feed of the London bear melting, AFTER THE JUMP… 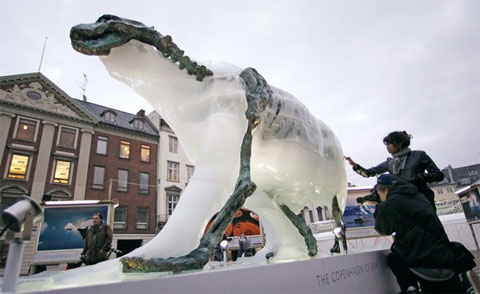 Stream can sometimes take a while to connect.