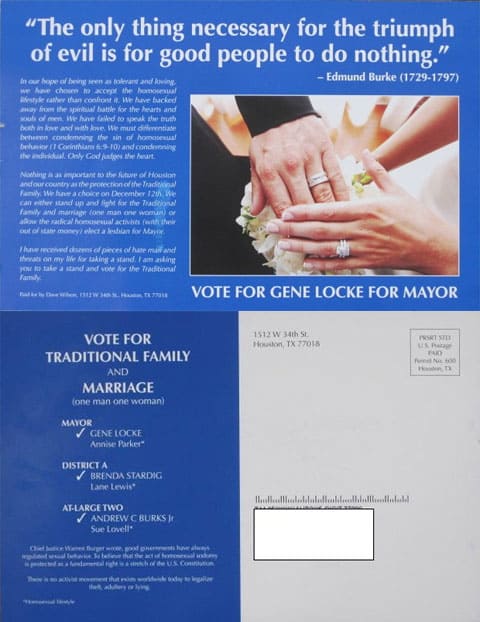 Above, another homophobic flyer I received from a reader in Houston similar to the ones sent out by local activist Dave Wilson last week, targeting lesbian Annise Parker in the Houston mayoral race. 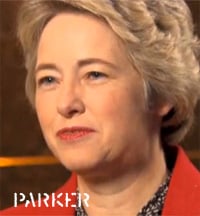 And there are anti-gay emails as well. Here's part of one that's being sent out by Southern Baptist pastor Rick Scarborough, furnished to us by a Towleroad reader. Scarborough heads the group Vision America, warning people that electing Annise Parker as mayor will open the floodgates to the "homosexual agenda", which includes the items listed below:

The AP yesterday reported on the rising anti-gay rhetoric in the Houston mayoral race.

The run-off election is this Saturday, December 12.