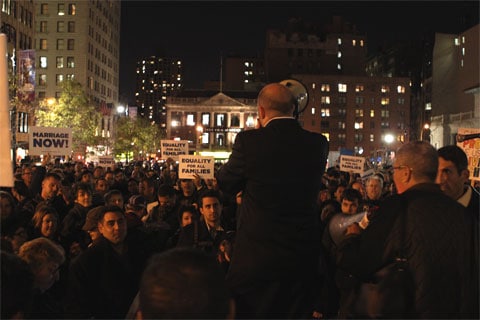 A large crowd turned out in Union Square this evening for a rally in response to the New York Senate's rejection of a marriage equality yesterday. Here are a few photographs I shot.

It was hard for me to see from where I was how many people were there. Definitely many hundreds, perhaps more than a thousand.

Also speaking at the rally were Manhattan Borough President Scott Stringer, Assemblywoman Deborah Glick, State Senator Daniel Squadron, and several others which I'll add here as soon as I get names and spelling right. Unfortunately, I didn't get photos of everyone, but many follow. 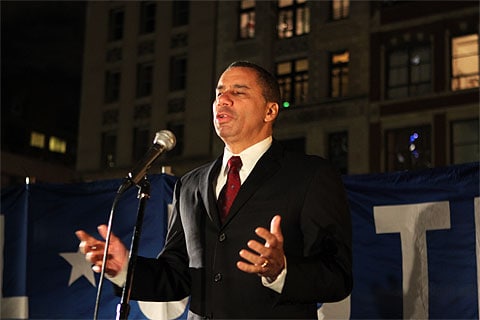 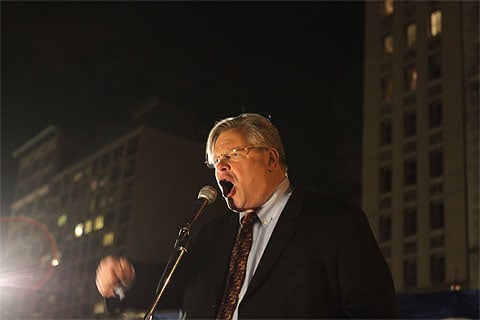 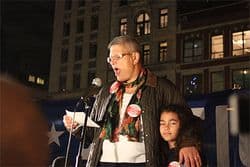 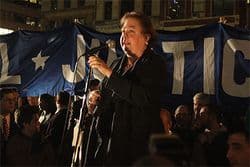 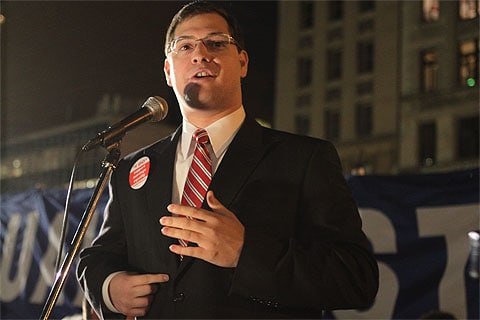 More (and videos if and when available), AFTER THE JUMP… 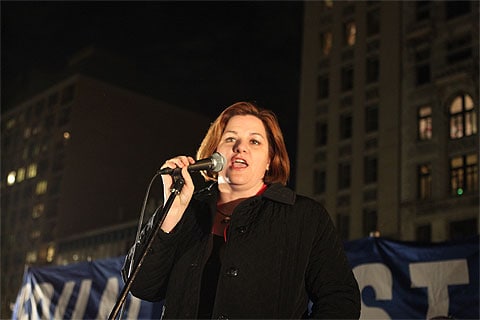 hat's attorney Anthony M Brown and his husband, Gary Spino, and their 2 month old son Nick.
Anthony is Executive Director of The Wedding Party. Thanks, Lavi. 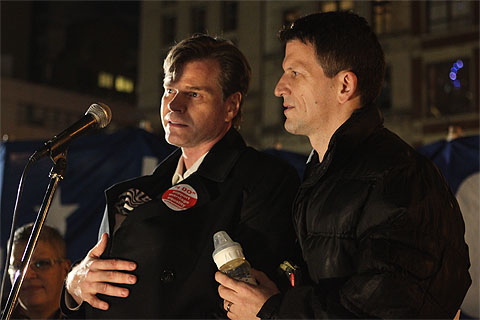 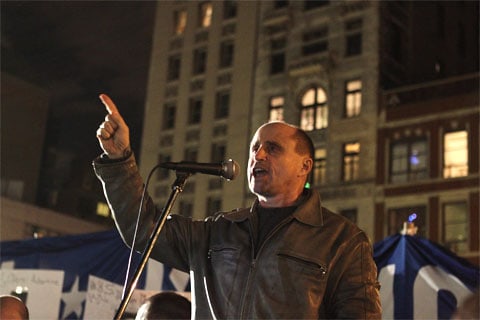 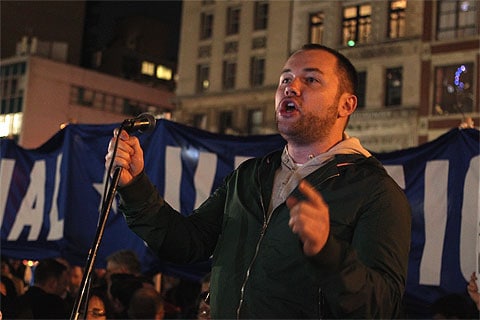 Actress Heather Matarazzo (aka Dawn Wiener on Welcome to the Dollhouse). 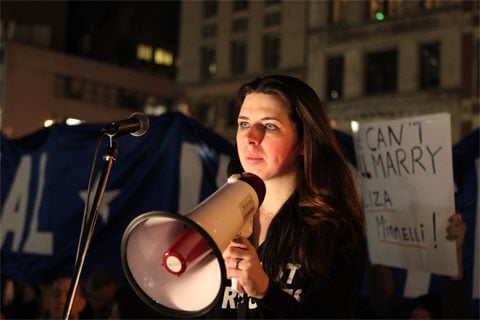 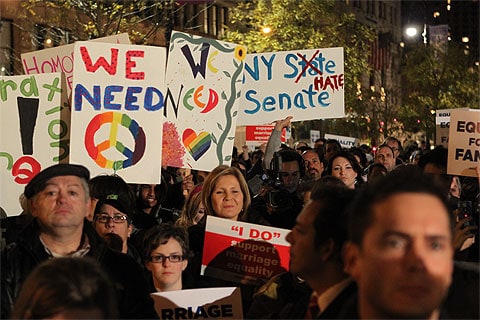 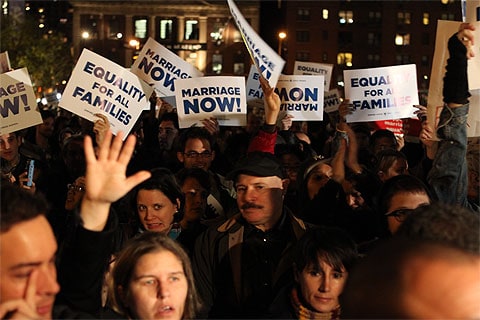 Here's some video (not mine): Tom Duane…