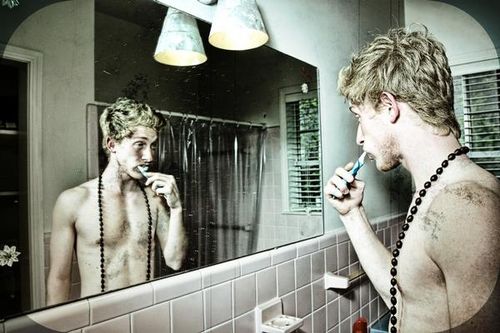 After a posting on the website 24hourhiphop over the weekend that said rapper Asher Roth was going to come out of the closet, word began spreading rapidly via Twitter. The EVP of Roth's record label quashed those rumors overnight:

"Asher Roth is not gay, and is not scheduled to be interviewed on the E! Channel. Furthermore, Asher has not been dropped from SRC Records, and is a top priority at the label after having sold over a million copies his "I Love College" single. Asher is currently working on his next album for SRC."