The Christian Anti-Defamation Commission has released its 'Top 10 list of Anti-Christian Acts of 2009' and they point the finger at Larry David, Obama, the Department of Homeland Security, but mostly at gays, and the oh-so-scary gay marching band that participated in the inauguration. 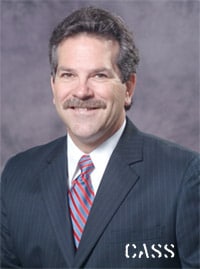 Said Dr. Gary Cass of the Christian Anti-Defamation Commission: "It is arguable that anti-Christian hatred has spilled over into material forms of persecution in 2009. Christians were killed and bullied for their witness, ministers and churches threatened with violence and vandalized for standing for marriage, and Christians were fired for not compromising their faith. If these are not bona fide examples of persecution, than I wonder what more it might take?"

9. Rev. Fred Winters was murdered while preaching in his pulpit in Maryville, Illinois.

8. HBO's program "Curb Your Enthusiasm" aired an episode where the main actor urinates on painting of Jesus. When confronted HBO would not apologize.

6. Police called to East Jessamine Middle School in Lexington, Kentucky to stop 8th graders from praying during their lunch break for a student whose mother was tragically killed.

5. Pro-life activist Jim Pullion was murdered in front of his granddaughter's high school for showing the truth about abortion.

4. An activist judge ordered a home school mom in New Hampshire to stop home schooling her daughter because the little girl "reflected too strongly" her mother's Christian faith.

1. The Federal Hate Crimes Bill that attacks religious liberty and freedom of speech. For the first time in our history ministers are vulnerable to investigation and prosecution for telling the truth about homosexuality.

Previous Post: « A Feast for the Eyes
Next Post: Jim Hutton, Partner of the Late Freddie Mercury, Dies at 60 »