Helpful: "U.S. border security officials learned of the alleged extremist links
of the suspect in the Christmas Day jetliner bombing attempt as he was
airborne from Amsterdam to Detroit and had decided to question him when
he landed, officials disclosed Wednesday." White House denies. 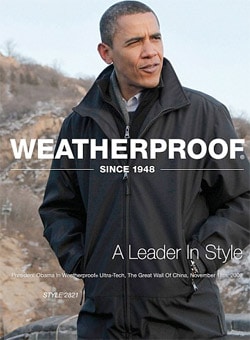 Spokesmodel: White House angry about use of Obama image for outerwear billboard in Times Square.

Someone didn't order the Happy Meal.

It's that cold: "Freeze warnings covered nearly all of Florida
with temperatures expected to drop into the 20s. Freezing iguanas were
seen falling out of trees in Florida; experts say the cold-blooded
reptiles become immobilized when the temperature falls into the 40s and
they lose their grip on the tree."

Resolution proposed by city council member to apologize to gays targeted in the raid on the Atlanta Eagle. 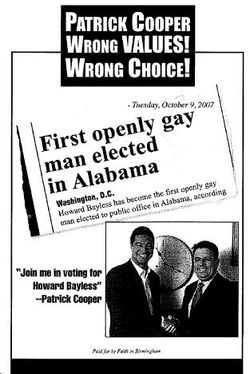 Gay-baiting flier enters Birmingham mayoral race: "Birmingham, Alabama mayoral candidate Patrick Cooper, a straight progressive who finished first in a non-partisan primary in December, is being attacked for his past support of Howard Bayless, the first openly gay man elected in the state.

A flier distributed by a group called Faith in Birmingham shows a picture of the two together, along with a headline dated October 9, 2007 about the election of Bayless to the Birmingham Board of Education.' Patrick Cooper…Wrong Values! Wrong Choice!' screams a headline atop the flier.

The moral and constitutional case for a right to gay marriage. 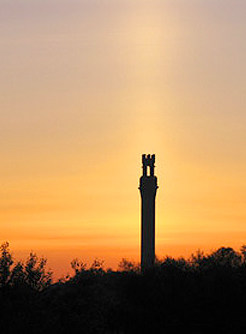 Provincetown invites Obama to 100th anniversary of Pilgrim Monument celebration: "In 1910, President William H. Taft arrived in
town on the presidential yacht to dedicate the Pilgrim Monument. He
called the 252-foot tower of granite "magnificent," a reminder of those
"whose spirit of liberty was to persist for centuries."Now,
monument officials want to see whether they can entice President Obama
to come to the 100th anniversary of the dedication on Aug. 5. They've
sent him an invitation and asked the board of selectmen to do the same."

Gilles Marini gets his own beefcake calendar.

HIV/AIDS rates in Minnesota are like the "bad old days" of the early 1990's all over again.

Court orders return of abducted child in Lisa Miller lesbian custody case:
"'We expect Virginia law enforcement to take whatever actions they can
to locate the child and make sure the custody order is complied with,'
Glenberg said Wednesday.
Miller’s whereabouts are unknown and her lawyer, Mathew Staver, of
Lynchburg-based Liberty Counsel, has been unavailable for comment on
the case.
Liberty Counsel has appealed the Vermont order, arguing that Virginia
is not required to enforce it. That appeal is pending."