China to launch HIV/AIDS radio program featuring HIV-positive host. "Beginning 16th January, the programme will air every Saturday on China National Radio. According to Yang Wenyan, Chief Editor of the radio station, the programme is exclusively for increasing public knowledge about HIV / AIDS, including how to prevent and control the disease.

Wenyan hopes the programme will offer care and support to the legions of HIV-infected Chinese." 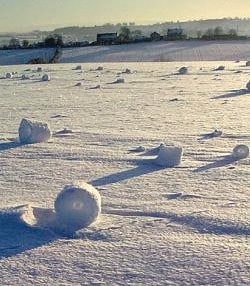 Anti-gay NY state senator George Onorato not seeking re-election: "At 82, Onorato is the Senate Democrats' oldest member. His recent 'no'
vote on gay marriage made him vulnerable to a primary challenge,
worrying party leaders who urged him to step aside, insiders said."

Olivia Newton-John to sing "Physical" with Jane Lynch on Glee. 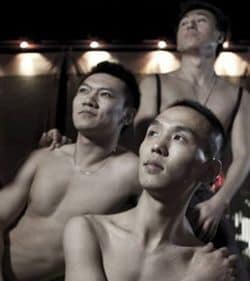 But most legislative leaders say it's doubtful those provisions against discrimination in housing and employment will be expanded statewide during the 2010 session — despite a historic endorsement from the LDS Church. 'The Legislature is more inclined to give the Salt Lake City ordinance[s] a year,' says Sen. Howard Stephenson, R-Draper, 'just to kind of see how [they work] and if we need to work any bugs out before we sponsor anything statewide.'"

Scott Lively endorses "revised" Uganda bill: "We have no idea what the revisions might be. Media reports indicate
that it’s merely an elimination of the death-penalty provision, leaving
the life imprisonment aspect intact, which is hardly an improvement
given the prospect of spending the rest of one’s life rotting away in a
Ugandan prison." 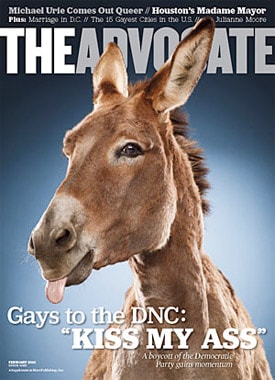 Gays to DNC: Kiss my ass.

Aravosis: Obama continues to disregard laws he finds objectionable, unless the laws discriminate against gays – then he's fine with them.

Hugh Jackman struts his pecs at the Copacabana.

They were so well regarded they were also given the honour of being buried in mud brick tombs within the shadow of the sacred pyramids they worked on if they died during construction."

Online gay group concerned that Seattle Pride is attempting to "normalize" gays? "The producers of the annual parade have chosen to focus the
celebration on the passing of Referendum 71, the first time in American
history that a LGBT civil rights issue was approved at a state ballot
box, granting Washingtonian LGBT residents the same rights and
responsibilities which all other residents enjoy. Still, a faction
within the community feel that the theme is offensive and are charging
that it attempts to normalize the LGBT community."