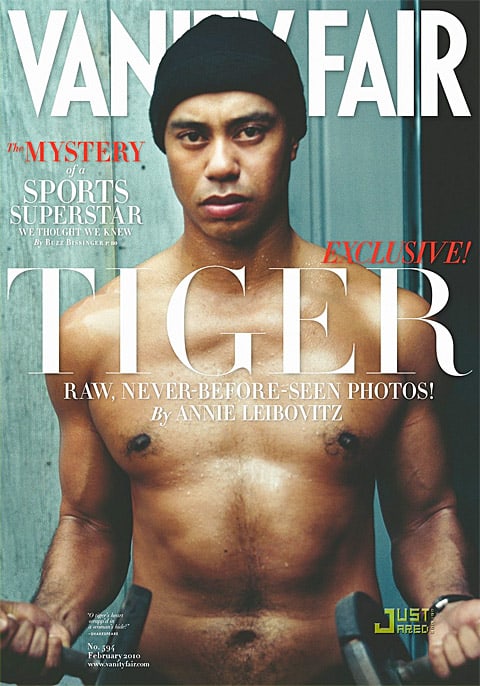 Tiger Woods is getting "raw" in a never-before-seen pre-scandal Annie Leibovitz shot.

"In the end it was the age-old clash of image versus reality, thecompartmentalization of two different lives that inevitably merge atsome certain point, whoever you are. He exhibited the same superhumanconfidence off the golf course that he exhibited on it, apparentlyconvinced he would never be caught despite the stupid sloppiness at theend—text messages, voice-mail messages. He deluded himself intothinking he could be something that he wasn’t: untouchable. Thegreatest feat of his career is that he managed to get away with it forso long in public, the bionic man instead of the human one who hit afire hydrant."

And as long as we're on the topic, FOX News' Brit Hume says that for Woods to recover from all this he needs to switch from Buddhism to Christianity, AFTER THE JUMP…