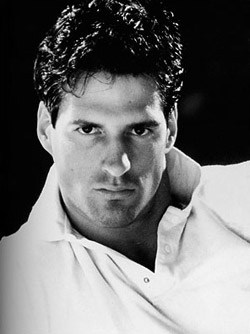 A NYT profile on Massachusetts Senator Scott Brown gets into the pink leather shorts he wore on the first date with his wife: “I did the couture shows, and instead of paying in cash, they paid in clothes. And one of the things I had to wear were leather shorts. And these happened to be pink.”

SF Weekly looks at "the clusterfuck" that lost the California Prop 8 campaign.

A march against hate will take place in Austin, Texas this Saturday in response to the anti-gay hate crime committed against two softball players.

SF Bay Area woman wins right to parental status and visits with daughter of former lesbian partner: "The high court denied review Monday of an appeal by the birth mother, identified only as Kristina S., who challenged her former partner's right to be considered a parent. Kristina's lawyers, from the religious conservative group Liberty Counsel, argued that recognizing parental status after a few months of care violated a mother's right to control her child's upbringing." 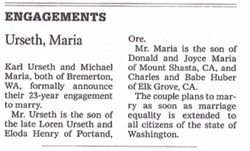 As soon as it's legal: Karl and Michael are getting married.

Trial begins for killer of gay man who paid the accused to fight him.

Who's going to win the Olympic gold medal for shirtlessness? 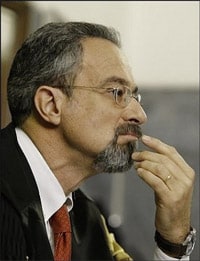 An astonishing ruling against Google execs in Italy: "An Italian court yesterday convicted three (ex) Google executives in a trial over a video showing a teenager being bullied. The Google Italy employees were accused of breaking Italian law by allowing the video of bullying of a teenager with Down’s Syndrome to be posted on YouTube in late 2006. Despite the fact that Google removed the video within hours of being notified of its existence, Judge Oscar Magi (pictured) absolved the three of defamation but convicted them of privacy violations. The three executives have received a suspended six-month sentence, while a fourth defendant was acquitted." Google responds. 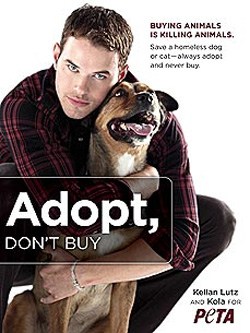 Taylor Lautner to get Oscar anointment.

American Family Association slams CPAC for inviting gays: "For David Keene and the others who run CPAC, natural marriage is not, in their judgment, a fundamental conservative value. This conference, for the sake of truth in advertising, should be relabeled 'The Libertarian Political Action Conference.' It has forfeited any legitimate claim to the 'Conservative' moniker. …