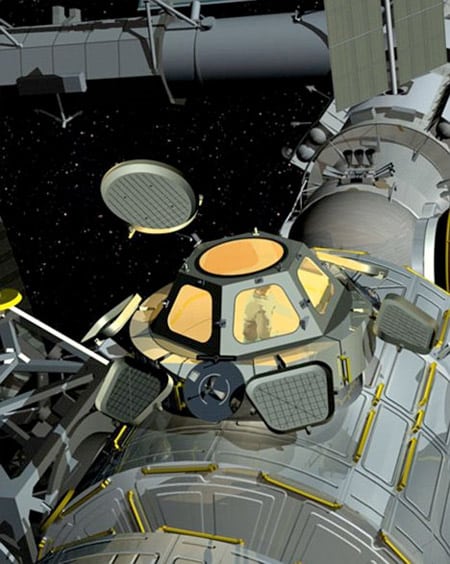 Space Shuttle Endeavour is delivering an observation deck along with more living space to the International Space Station next week:

"The dome going up on Endeavour – like a big bay window – should greatly
improve the quality of life aboard the space station. When astronauts exercise in the Tranquility, for instance, they will
be able to gaze out the nearby dome windows whenever the shutters are
open. And when the day's work is done, they will be able to pop their
heads and shoulders into the 5-foot tall cupola, beholding the universe. The
lookout also will provide 360-degree views of the space station,
allowing the crew to see directly outside during robotic work. Until
now, they've had to rely on TV cameras when they use the robot arm to
move or install big-ticket items."

The Cupola module was built in Italy.