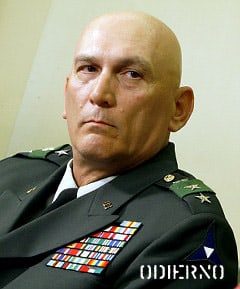 "The top commanding general in Iraq says he thinks everyone – gay and straight – should be allowed to serve in the military 'as long as we are still able to fight our wars.' … Odierno told reporters Monday that he hadn't had much time to think about whether gays should be allowed to serve openly. He said the policy of 'don't ask, don't tell' has been a 'non-issue' to him."

Q Senator Lieberman is now planning to introduce a "don't ask, don't tell" repeal bill next week. Would the President like to see Congress pass repeal this year?

We have stated throughout this process that the only durable way for this to happen is through legislation. We think that Senator Lieberman's proposal is obviously an important step in that legislation. And I would point out that you heard from commanders in the field over the weekend on news shows as well as former Chairman Powell also come out strongly in support of repealing "don't ask, don't tell."

Q A lot of people fear that if it doesn't happen this year that it very well may not happen throughout the entire first term, not just in the second one.

MR. GIBBS: I don't think the President shares that because I believe, and I think you all have seen this throughout, obviously there has been a lot of public polling on this done since the President's proposal and since Secretary Gates and Admiral Mullen testified on Capitol Hill about this. There is strong bipartisan support for its repeal among the American people. The President obviously shares that, as do important members of the military. And we think it will become law.