So… the alpha dogs of Best Actor. Nobody is more alpha this year than Jeff Bridges, who has been brilliant and dreamy forever. The Dude abides. Hilary Swank aside, it's awfully hard to win an Oscar but Bridges has finally mastered that difficult combo of timing, career momentum, pre-season hoopla, general goodwill and baity material that Oscar generally requires of its winners.

Since Bridges has already won, all that's left is daydreaming about the movies. If you fuse all of these men together you've got a movie about a 53 year-oldalcoholic bomb-diffusing singing politician who has lost his gay lover and numbs the grief with constant travel. Somebody please make that movie.

Which nominee gets your vote? Pretend you're an Academy voter and check that ballot in the comments. 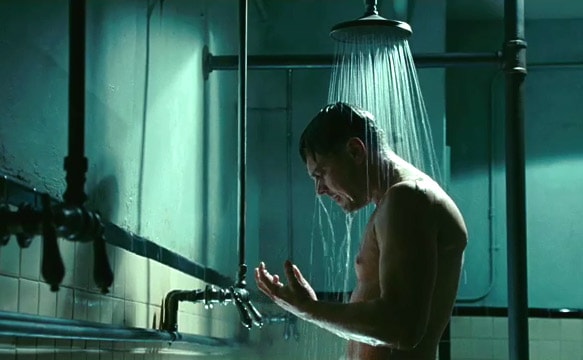 'Out damn spot!'  Leo can't wash off the nightmare of Shutter Island.

NOW PLAYING
Leonardo DiCaprio and master auteur Scorsese have previously collaborated on depictions of brutal 19th century gang violence (Gangs of New York), 30s Hollywood glamor and psychosis (The Aviator) and contemporary Boston crime wars (The Departed). For their fourth duet, they're lighting a match to explore the dark corridors of 50s era insane asylums. Leo is strongest as an actor when he's unraveling — you can keep the cocky default mode, which plentiful other actors do just as well  — and Scorsese seems to understand this, keeping Leo continually off balance in the creepy SHUTTER ISLAND. The film opens with a closeup of DiCaprio's seasick terror (sea travel is the only way this federal marshall can get to the island) and he almost never catches a break from there. For the next two hours of his investigation of the disappearing murderess, he'll be sweating, hallucinating, crying, paranoid and beset from all sides by possible dangers as well as his own troubled past.

It's the kind of film you can't talk much about without spoiling, since it's a "twist" film. And therein lies the problem. The twist in the novel ruined it in retrospect, reducing the dread page-turning into an unsatisfying weightless gimmick. But that might well be a highly personal reaction. I've been hearing plentiful raves, some going as far as to label it "Scorsese's Shining." If we're talking scary Scorsese give me Cape Fear (1991) any day. I see this one more as  'Scorsese's Harry Potter and the Sorcerer's Stone' in that it treats its source material too much like sacred text. Every line, beat and even physical character gestures are transferred over making it a redundant experience rather than a revelatory one. But if you haven't read the bestseller, give its cinematic doppelgänger a shot.

OSCAROLOGY
With only three weeks to go, let's look at the Best Actor race. This one includes Jeremy Renner (The Hurt Locker) who, unlike Leo, showers fully clothed. Personal demons are really hard to scrub off and we're guessing it's even harder in full military gear.

More Best Actors… AFTER THE JUMP… 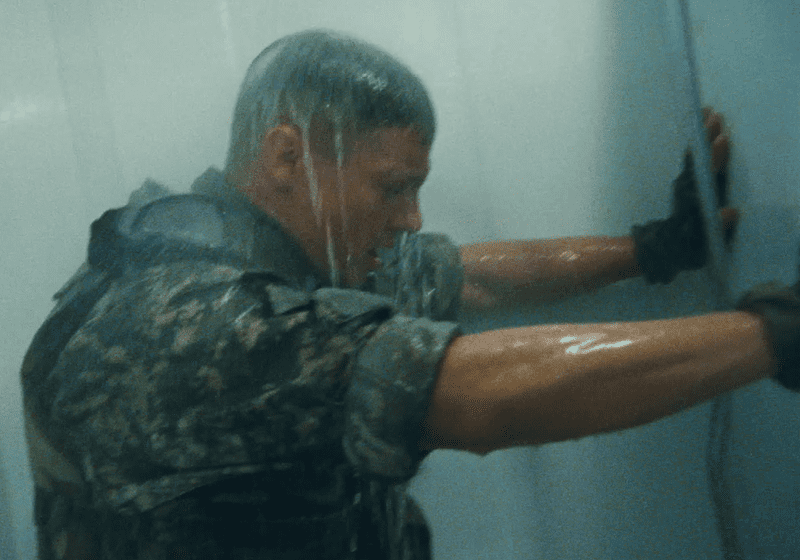