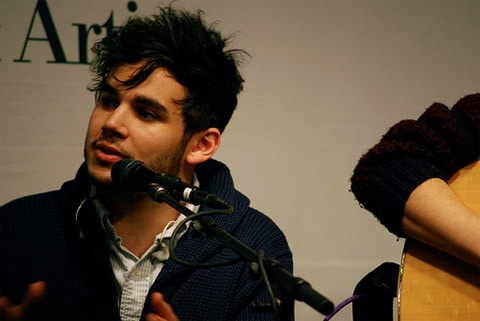 Vampire Weekend's Rostam Batmanglij apparently came out of the closet when he talked to OUT magazine about introducting a "homosexual perspective" into some of the band's songs, and told the magazine that the band's track "I Wanna Be Your Boyfriend" from their 2009 debut is a gay pop anthem.

Says Batmamglij: “With that song I was having fun, but at the same time it was honest — those lyrics are meaningful to me, they come from my heart. I was disappointed when it didn’t become a gay anthem, but, you know, it’s not too late.”

Previous Post: « Fear No Factor for Joe Rogan or his Relentless Locker Room ‘Fan’
Next Post: New U.S. Embassy in London to Have a Meadow, a Forest, a Moat, and Quick Access to Gay Club Scene »