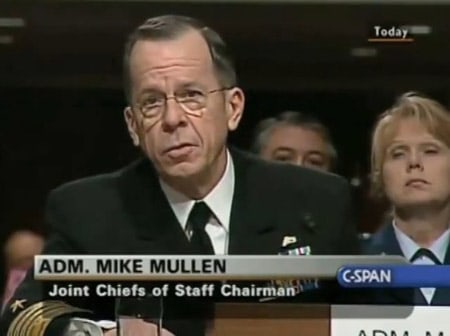 Americablog dug up a McCain statement from October 2006 (DailyKOS has the video)saying that we need to listen to our military leaders for guidance on a repeal:

"And I understand the opposition to it, and I‘ve had these debates and discussions, but the day that the leadership of the military comes to me and says, Senator, we ought to change the policy, then I think we ought to consider seriously changing it because those leaders in the military are the ones we give the responsibility to."

McCain rose in fierce opposition to the notion of repeal today, even after hearing the nation's top uniformed officer say it was the right thing to do.

Watch Mullen's statement, AFTER THE JUMP…