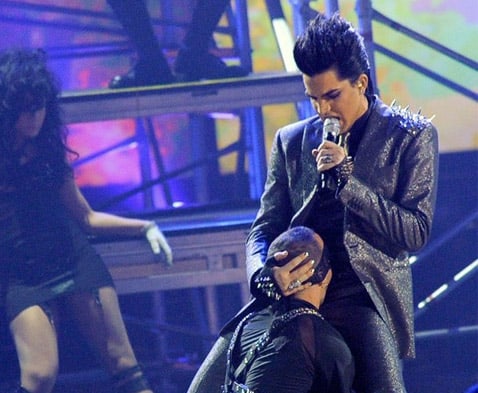 Adam Lambert, who was caught in the middle of a GLAAD-ABC-CBS censorship firestorm earlier this year regarding his performance at the American Music Awards in which he rubbed a performer's face into his crotch and kissed his guitar player, will perform at GLAAD's Media Awards in Los Angeles on April 17th, the organization announced today.

Mississippi teen Constance McMillen, who recently sued her school with the ACLU because it denied her the right to attend prom with a female date,  will also appear at the awards to present Wanda Sykes with the Stephen F. Kolzak award. It was a request Sykes made to the teen when she appeared on her show earlier this month.