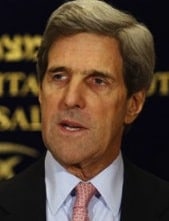 Kerry's written a thoughtful and convincing piece in Bay Windows about the unscientific and antiquated law that makes it illegal for gay men (well, any gay man who has not been celibate since 1977) to donate blood. He calls for it's abolishment:

"But over the past 27 years, times have clearly
changed. We know so much more. There is now a greater understanding of
the high-risk behaviors associated with HIV contraction which is
incorporated into the donor screening process. We’ve made dramatic
technological improvements in HIV detection, and we’ve got mandated
testing of all donated blood by two separate, highly accurate tests. A
law that was once medically justifiable is today simply discrimination
that needs to end."