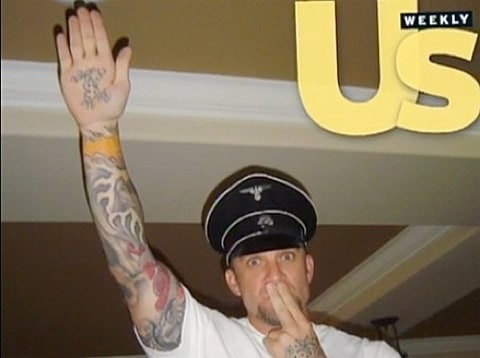 'Inside Edition' reports the photo was taken in 2004, while Jesse and Sandra were dating and that sources close to Jesse say he is 'not a neo-Nazi' and that he took the pictures for 'shock value.'"