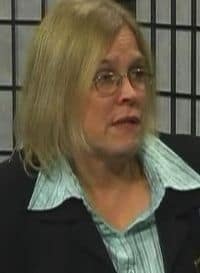 Slate's senior editor Dahlia Lithwick has written an insightful article about a new book" by Martha Nussbaum, a professor of law and philosophy at the University of Chicago, titled "From Disgust to Humanity." The book takes a thorough look at why bigots, such as GOP Rep. Nancy Elliott, tend to be against equal rights for gays: because they simply find the act of gay sex disgusting. Lithwick explains Nussbaum's main argument: "Looked at starkly, she argues, much of the anti-gay argument is bound up in feces and saliva, germs, contagion and blood" and that, for many bigots, "the very look of a gay man can be contaminating."

And they make these non-personal things personal:

"Elliott, too, lost in her fantasy of being personally assaulted by excrement, cannot help but experience gay marriage as a physical assault of herself. This isn't rational. It's fantasy and magical thinking, and that's what makes it so initially counterintuitive to claim that this type of irrational logic—the abundance of wild imagination that leads us to conclude that every gay man wants to invade our homes and assault our kids—can be conquered only by yet more imagination."