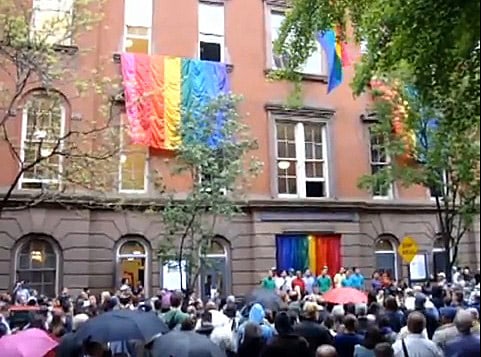 Late yesterday afternoon, New York City officials and residents came together at the Lesbian, Gay, Bisexual & Transgender Community Center in New York City to speak out against the torching last week  of a rainbow flag at the Center.

Watch a great clip on the unveiling by Nils Lindström, AFTER THE JUMP…