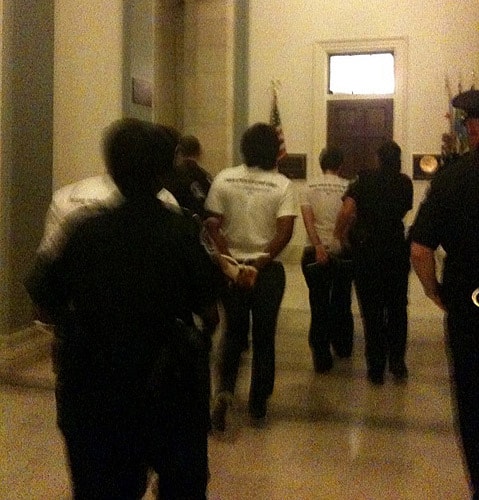 DC Agenda reports: "One term of the agreement is that demonstrators arrested March 18 must stay away from Pelosi’s office in the Cannon House Office Building unless invited in writing. Another term is that the protestors must not be arrested under probable cause before Oct. 6.

Additionally, Clark said the two protesters who are D.C. residents, Carmona and Ames, must complete 60 hours of community service. Clark noted that because Kirven and Wright aren’t D.C. residents, the D.C. government doesn’t have jurisdiction to require them to meet this term of the agreement.

Clark said another term of the agreement is that protesters cannot engage in activity in the U.S. Capitol that the U.S. attorney’s office deems disruptive."