Dan Savage at Slog points us to this story, which is really tragic and infuriating: 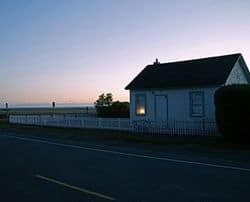 Clay and his partner of 20 years, Harold, lived in California. Clay and Harold made diligent efforts to protect their legal rights, and had their legal paperwork in place—wills, powers of attorney, and medical directives, all naming each other. Harold was 88 years old and in frail medical condition, but still living at home with Clay, 77, who was in good health.

One evening, Harold fell down the front steps of their home and was taken to the hospital. Based on their medical directives alone, Clay should have been consulted in Harold’s care from the first moment. Tragically, county and health care workers instead refused to allow Clay to see Harold in the hospital. The county then ultimately went one step further by isolating the couple from each other, placing the men in separate nursing homes…

And that's only the very, very beginning of this story. Head over to NCLR to read more about this awful case they're helping fight….