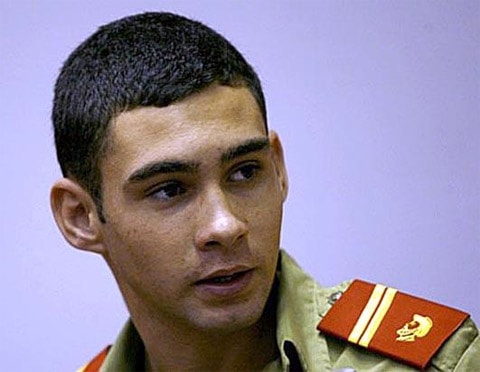 "Cuba has released photos of Elian Gonzalez, the one-time cause celebre of Cuban exiles in the U.S., wearing a military school uniform and attending a Young Communist Union congress. When he was 5, Gonzalez was found floating off the coast of Florida in an inner tube after his mother drowned while fleeing Cuba for the United States. Despite objections from Cuban exiles, the U.S. ruled that Gonzalez should return to Cuba to be with his father."

Still a celebrity: "Elian retains a celebrity-like status in Cuba and his December 7 birthday is celebrated with parades – which are closed to international media – every year.
Cuban officials released no details of the teenager's life now, but it is thought he may be attending military school in the city of Mantanzas, near his hometown of Cardenas.
He has been pictured attending Communist rallies alongside Castro in recent years.
Elian and his father are closely watched by state authorities, who restrict their contact with the international press."