There's a lot to enjoy in Kick-Ass, including colorful production design, one or two above par action sequences, Nicolas Cage's bizarrely amusing Adam West (Batman) vocal imitation,  and a winning central performance from Aaron Johnson. But I'm with Roger Ebert on this one. He begins his review memorably with a "Shall I have feelings, or should I pretend to be cool?" preamble and goes on to condemn the film for being morally reprehensible. Isn't it hilarious to watch an 11 year old girl slaughter dozens of people and enjoy it? Um…

Kick-Ass might have played less offensively if it were more heightened. I myself had no trouble with the über violence of Kill BilI, for example, but that film never felt less than stylized and clearly took place within a movie-movie universe. The performances went for blood, too; the violence had repercussions in their lives and would continue to.  But this new would be blockbuster's central conceit "why can't real people be superheroes?" demands an onscreen universe that's close enough to recognize as our own. Kick-Ass himself is basically more worried about whether people will think he's gay than that he's about to start killing people.

The film betrays its own total love of killing when it keeps abandoning potentially brilliant structural motifs (security cams, youtube videos, etcetera) in order to show us every death blow in closeup full color detail. The nail in the overpopulated coffin is that it even allows one character (a good cop) to voice these concerns about the violence. Better to have played this all for amoral laughs rather than attempt to have things both ways. 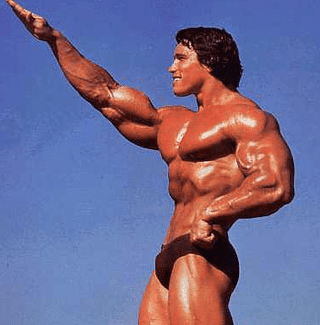 Also opening today. James Marsden (yummy) and the mystery of the butt double in Death at a Funeral. I thought the original was a bit homophobic so haven't been interested in the unnecessary remake.

Have you read about the Cannes lineup? Ridley Scott's Robin Hood opens the world's most prestigious film festival next month and Oliver Stone's Wall Street sequel closes it but the actual competition lineup is light on english language films this year. Tim Burton heads the jury to decided the winners from the main competition. Actor/Director/International-Hottie Gael García Bernal heads the jury which crowns the best debut filmmaker.

The Big Picture investigates the Right Wing Hysteria over Glee.

Is Twitter another seismic shift in the way Hollywood does business and the media relates to said business? The whole model does seem to be in flux doesn't it? 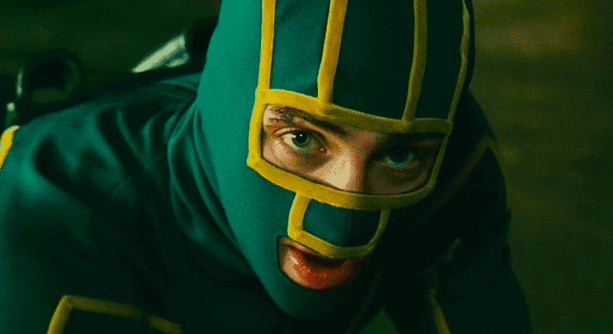 Film festival duties beckon, so I'll have to make as quick of work of this week's cinema column as Big Daddy (Nicolas Cage) and Hit Girl (Chloe Moretz) make of their mob enemies in KICK-ASS. How do you say "KAPOW!" and convey massacres and blood splatter rather than comic book fist-fights?

YOUR FEATURE PRESENTATION
KICK-ASS, which opened Thursday to ecstatic fan response and polarized reviews, may well be the perfect distillation of fanboy culture's pop dominance; It's all superheroes all the time these days. The story about an average teen boy Dave Lizewski (rising star Aaron Johnson) who decides to become a superhero makes a certain kind of meta pop cultural narrative sense. Before long "Kick-Ass", the name our hero gives himself, becomes tangled up in the ongoing war between two other self-made "heroes" (daddy-daughter mass murderers Big Daddy and Hit Girl) and the crime syndicate that rules the city. Bloody mayhem ensues and comedy, too. But not everyone thinks the film is funny.