Roseanne Barr has laid into the Catholic Church and the clergy sexual abuse epidemic as only Roseanne can. 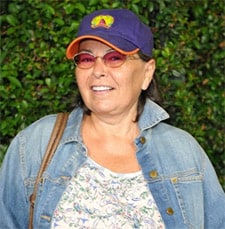 She writes, on her blog:

"the pedo priests are trying to cover

up the number of LITTLE GIRLS they have molested too, as if that doesn't matter as much as what happens to boys. Trust me, the number of girls raped and molested by priests is at least double the boys. They are trying to cover it all up so that they can end up purging gay priests, and laying the blame on them. The fact is pedos like to rape both boys and girls, and only a small number of pedos are exclusively into male children.
I am starting to think that any parent who takes their kids to catholic churches from now on should lose custody. Taking your kid where you know sex offenders hang out is inexcusable!!!"