Philip Lardner, a Tory candidate for election in North Ayrshire and Arran, is not helping the Conservative party's rep. with gays. Conservative leader David Cameron yesterday suspended the candidate for speaking out against homosexuality. 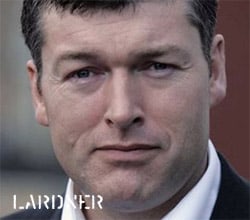 "In a section on his website, he supported parents and teachers who do not want children to be taught about homosexuality and churches who do not want to employ gay people. David Cameron moved quickly to suspend him, with the Scottish Conservative Party branding the comments 'deeply offensive and unacceptable'…In the offending article, which was removed from his website on Tuesday afternoon, Mr Lardner said he supported homosexual rights to live the lives they want in private.
'But I will not accept that their behaviour is 'normal' or encourage children to indulge in it,' he continued. Mr Lardner then launched a lengthy defence of Section 28, which banned local authorities from portraying homosexuality in a positive light but was later repealed.
Defending the legislation, he said: 'Toleration and understanding is one thing, but state-promotion of homosexuality is quite another. Christians (and most of the population) believe homosexuality to be somewhere between 'unfortunate' and simply 'wrong' and they should not be penalised for politely saying so – good manners count too, of course.”

Cameron praised his own haste in reacting to the situation: “I couldn't have acted quicker – decisive action in minutes of finding out about this.”