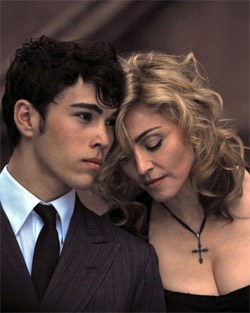 FOX News' Greg Gutfeld: Gay Obama hecklers did it because they are racist. "But I wonder, couldn't this heckling be a precursor to violent extremism? And could this agitation toward our president, said to be based on policy, really be thinly veiled racism? I mean, the president did say he agreed with this gay group and yet they still heckled." 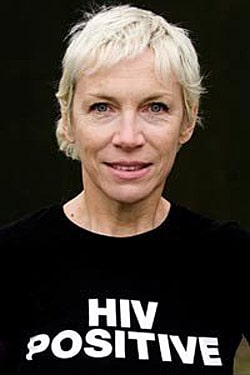 Walter “Bud” Pidgeon, president of the U.S. Sportsmen's Alliance, demands Bluewater Productions withdraw the new comic book featuring Ellen Degeneres because she is gay and supports animal rights: "As emails flooded Bluewater's server from USSA's members castigating him for 'elevating' gays, supporting 'less than acceptable lifestyles', and for honoring Ellen's request that issue proceeds go the to U.S. Humane Society he quickly discovered Pidgeon was a real person and had in fact called upon his 3 million members to take action against Bluewater."

China to drop ban on HIV-positive tourists: "'The ban was imposed in the 1980s because of a lack of knowledge and is now obsolete and discriminatory,' said He Xiong, deputy head of the Beijing centre for disease prevention and control.
'HIV/Aids cases have been seen in all of China's provinces and a travel ban on foreigners will not help improve local public health,' he said.
China has 740,000 people who are HIV-positive and is one of 60 countries that denies entry to sufferers of the disease." 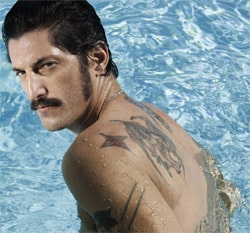 This was my favorite magazine too.

Boy George on prison fashion: "You have to wear these really horrible denim trousers and a stripy shirt tucked in. I looked like a lesbian. You wear your own clothes in the daytime – nothing too fancy – you're not allowed hoods. Hoodies are banned. It wasn't anything like the new Lady Gaga video: it was not like that at all."

UK travel show reality stars gay bashed even though they're not gay: "The two men, Romane Hole and Nathan Evans, are both straight and are just friends, but they jokingly held hands when they boarded the bus at the start of the journey, which commenced in Athens.

'We had no idea how gay we were going to look by holding hands,' said Evans. 'Then all the way through the series, the [episodes] seem to have been edited to make us look as if we are a homosexual couple, rather than a pair of straight friends.'

… Some viewers not only have gotten the wrong idea about the men, but have allegedly acted in violently homophobic ways based on that impression.

Previous Post: « Teenage Girls Try to Push Lesbian Peer Off Cliff to Her Death
Next Post: Service Members Discharged in 2009 for Being Gay: 443 »