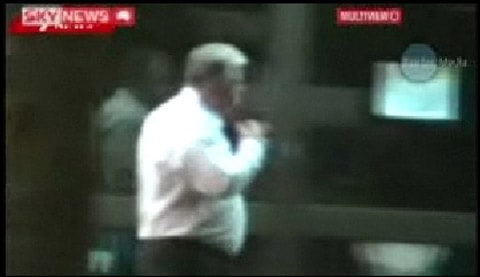 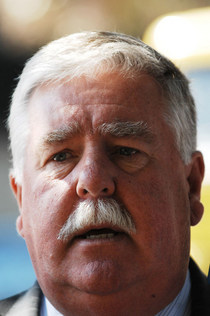 "Campbell is accused of using a ministerial car to go to a gay club in Anzac Parade, Kensington, in Sydney's Eastern Suburbs, on Tuesday evening, Channel 7 reported tonight.

It is alleged he stayed for two hours at Ken's, also known as KKK , which is a popular gay sauna. The club lies in Ms Keneally's electorate of Heffron.

The club has a $22 entry fee and assures clients discretion as they offer services for men who prefer men.

Campbell is married with two children.

Said Campbell in a statement: "I have resigned as Minister for Transport and Roads for personal reasons, not for any reasons relating to my Ministerial duties. I apologise to my wife, family, colleagues, staff and the community for letting them down. This will be a very difficult time for my family and friends and I ask for their privacy to be respected."

Same Same reports: "Channel 7 allege that Mr Campbell spent two hours at Kens. Campbell has been member the Wollongong seat of Keira since 1999, and has campaigned strongly as a family man. He is the former NSW police minister."

Previous Post: « Uganda’s ‘Kill the Gays’ Bill Gets First Reading in Parliament
Next Post: Gays in the Military a Nonissue, Say Officers from England, Canada, Australia, Israel, and The Netherlands »