Reports out of Uganda indicate that an anti-homosexuality bill advocating the death penalty has been tabled for a reading. 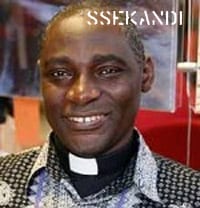 "The long awaited HIV/AIDS control bill has been tabled in Parliament for the first reading today morning.

The bill seeks to penalize deliberate spread of HIV/AIDS, with death as the maximum punishment.

This bill however has been widely criticized by the International community as it is likely to increase stigma against people living with HIV/AIDS.

The chairperson of the comiittee, Beatrice Rwakimari tabled the bill including the certificate of financial implications.

The Speaker of Uganda Parliament, Edward Kiwanuka Ssekandi referred the bill to the Social Services committee for scrutiny."

BBC: "In Uganda, plans to introduce draconian new laws against homosexuality look likely to go ahead despite mass protests, a major petition, and condemnation from the international community.
The bill, which proposes the death penalty for so-called 'serial offenders', has already been described as 'odious' by President Obama.
A senior minister in Kampala has suggested that the death penalty could be replaced with life imprisonment."

Jim Burroway at Box Turtle Bulletin has some analysis on possible changes to it:

"Clause 3. (1) (b) was often cited to support the claim that the Anti-Homosexuality Bill would impose the death penalty for the “deliberate” spread of HIV, but it is important to note that the bill contains no requirement that the intent be deliberate at all. In fact, the third subclause would suggest that the death penalty would apply upon receiving a positive serostatus result from an HIV test, which might very well be the first time the charged individual would know he or she was HIV-positive. Alternately, if the accused already knew he was HIV-positive, the proposed bill provides no acknowledgment that the accused’s partner may have known about it and entered into a consensual relationship.

Health care professionals worry that the effect of the entire provision would be to discourage people from learning their HIV status."